Project ‘’NEMO: the Next Move in Movement Disorders’’ is being delivered by a unique collaboration between the University Medical Centre Groningen (UMCG) and ZiuZ Medical B.V. from Gorredijk. ZiuZ is an innovative company that is at the forefront of developing advanced visual intelligence technology. The research group of Prof. Dr. Marina de Koning-Tijssen at the UMCG focuses on the diagnosis and treatment of hyperkinetic movement disorders. By combining the knowledge of Prof. Dr. de Koning-Tijssen and the technical knowhow of ZiuZ, new and improved possibilities for the diagnosis and treatment of hyperkinetic movement disorders have been created. 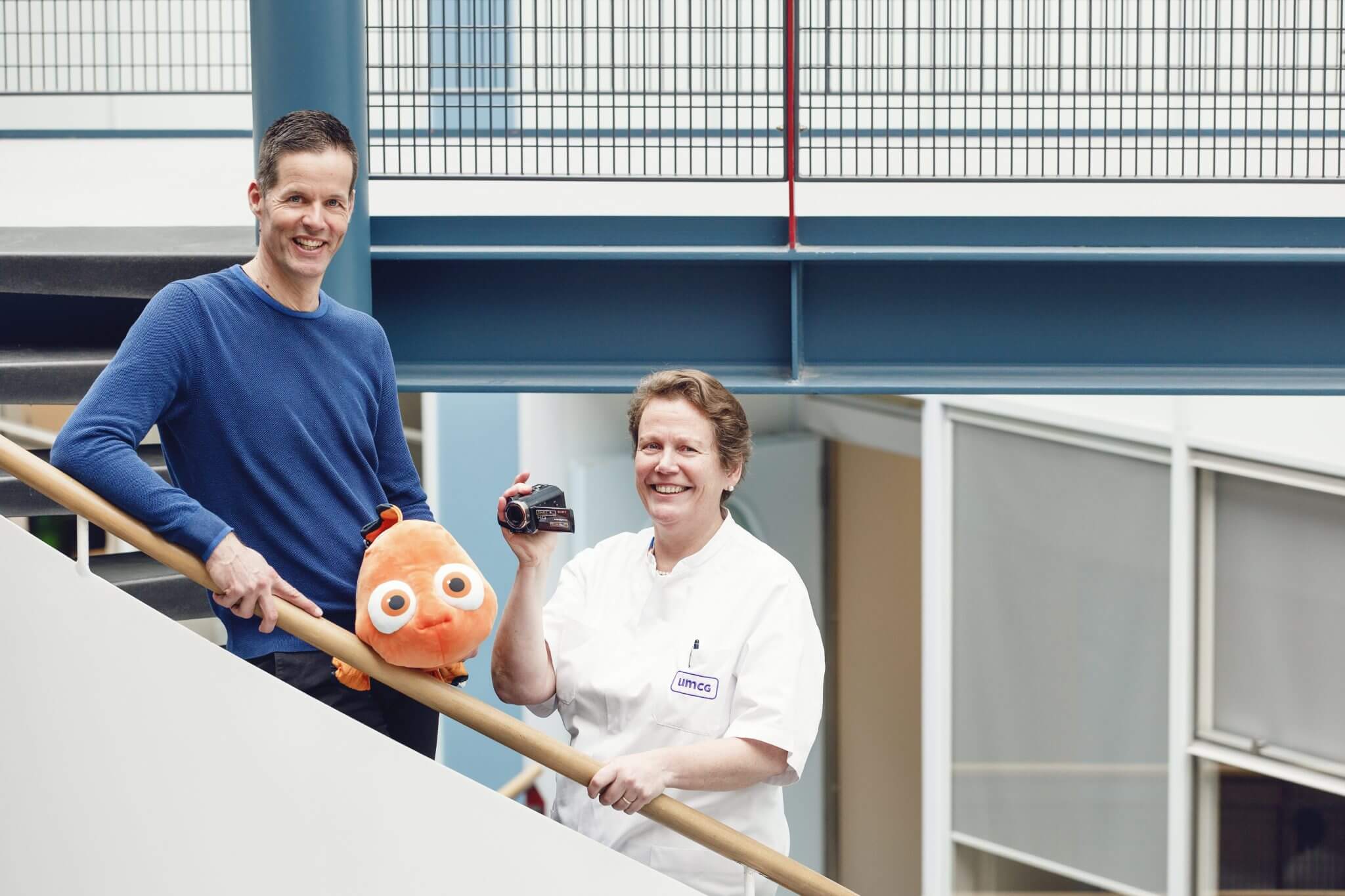 Patients, both children and adults, suffering from hyperkinetic movement disorders are burdened with excessive and involuntary movements such as tremor, dystonia, chorea or myoclonus. It can be difficult diagnosing the correct type of movement disorder because symptoms appear similar and multiple movement disorders can be present at the same time. In the event of an incorrect diagnosis, the treatment can have no effect or even a negative effect. Prof. Dr. de Koning-Tijssen: “It takes expertise to determine the correct type of involuntary movement, which is why the diagnosis is often made by a select group of specialists. However, even in practice, these specialists frequently disagree with each other”. In addition, general hospitals often don’t have these specialists on their staff, which means patients have to travel to the university hospitals for a correct diagnosis, or videos have to be sent to the specialists. The result is long waiting times at the university hospitals. The NEMO project combines the knowledge of the UMCG and ZiuZ Medical. Gerrit Baarda, founder and owner of ZiuZ: “The aim is to build up knowledge about using artificial intelligence to help establish the diagnosis and the treatment of hyperkinetic movement disorders. Ultimately, this will also allow the diagnosis of movement disorders in general hospitals”. The development of a computer-aided diagnosis (CAD) tool is therefore in line with the vision and mission of ZiuZ: “Helping to solve social problems and make the world a better place”. The aim of the three-year NEMO project is to achieve a ‘proof-of-principle’ for a CAD tool. Baarda: “A unique aspect of the NEMO project is that 50 subjects with at least one of the seven movement disorders will be invited to help achieve the proof-of-principle. Their movements will be measured using movement sensors, electromyography (EMG) and 3D video images. ZiuZ will aim to develop the CAD tool with the help of this data”. The NEMO project is being co-financed from the European Union: Regional Development Fund (by SNN, the North Netherlands Alliance) and the Province of Friesland.