Team ZiuZ had a very successful 2019/2020 season. The yellow-black formation had a whopping 15 places on the podium, and seven 1st place wins. Not only did they have daily victories; Marijke Groenewoud also won the Trachitol Cup and the Aart Koopmans Memorial. Great achievements, but now it’s time to look to the future and take the next step!

For the 2020/2021 season, Team ZiuZ will join forces with the A-Ware team led by Coach Jillert Anema and Arjan Samplonius. The team, including Irene Schouten, Kelly Schouten, Marijke Groenewoud, Carien Kleibeuker and Maaike Verweij, will appear at the starting line as Team Friesblond-ZiuZ. About teaming together, Gerrit Baarda, founder and owner of ZiuZ, said: “ZiuZ has had a solid place in women’s ice skating marathons for years. This year, for the first time we will be sharing the main sponsorship with Friesblond. That is a new step for ZiuZ, to see if we can get even better results together.” 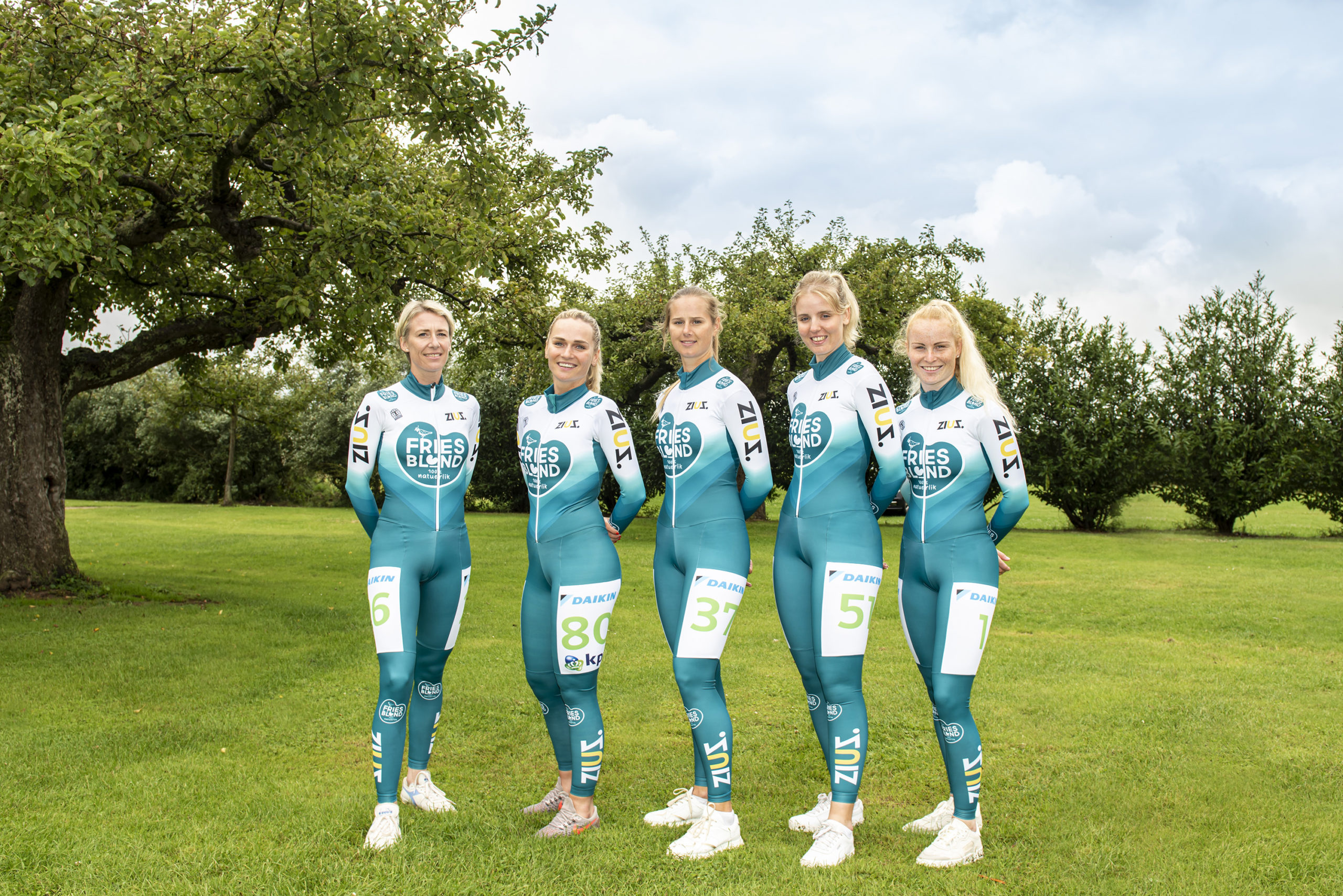 With so many top athletes in our ranks, those results are practically guaranteed. Last season, Irene and Marijke had a combined total of 9 victories at the KPN Marathon Cup, and Kelly Schouten also won in the competition. Moreover, Irene Schouten became the Dutch Champion, and Marijke Groenewoud won 2nd place. About the upcoming season, Gerrit Baarda said: “I am curious to see what this season will bring. The team, coached by Jillert Anema and Arjan Samplonius, consists of experienced and young skaters who are all capable of winning podium finishes. We expect to be able to fight for the podium every race.

From the 2020/2021 season, 5 skaters will be allowed to register. Gerrit Baarda had the following to say: “We are pleased that we can register 5 skaters so that we can also start with a full team on the long track weekends.

If all goes well, the Marathon Cup season will start in October. As soon as the tournament schedule is announced, it will be published on our sponsorship page.

AviaTor: the role of ZiuZ